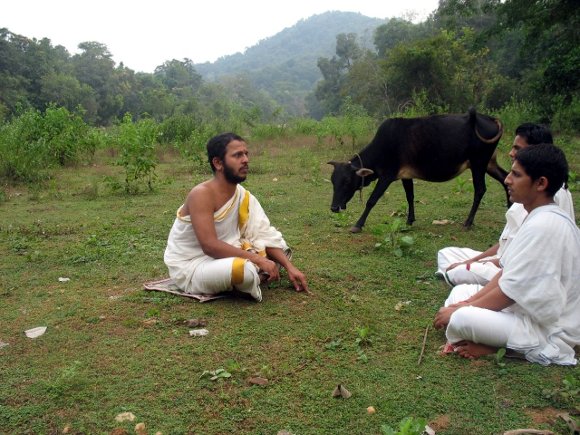 This gurukulam was started on the 1st of June, 2006 in the premises of Lord Parashuram Temple , in Dharbhethadka near Dharmasthala, Karnataka, India. His holiness Sri Sri. Bharathi Theertha Swamiji of Sringeri blessed the gurukulam with the name 'Sri Shankara Veda Vidya Gurukulam'.

Currently in the Guruklam, Hiranyakeshi Yajurveda moolam, Samhita, pada, krama, jata and Ghana pathas are being taught. Apart from this Sanskrit and Yoga are taught with great importance.

Gurukulam is offering its Students free education, food, stay and medical aid with the help of noble donors. Gurukulam will play an important role is preserving the vedas in their true form and to revive many of the almost extinct vedic forms.

Under the able teachings and presence of Vedamoorthy Amshuman Abhyankar, Gurukulam is poised to bring out great scholars to the society.